Is Paeonol an effective MAO inhibitor? 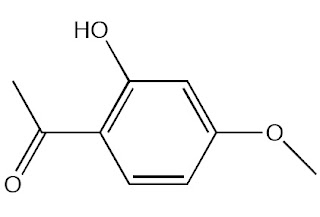 Paeonol is a phenolic-type compound widely used as a component in Traditional Chinese Medicine (TCM). It has been reported to have analgesic, anti-inflammatory, and sedative properties. Recently Paeonol has been introduced as a Monoamine Oxidase Inhibitor in various sports supplements.

Indeed in 2004, paeonol was compared against other plant-derived compounds for their ability to inhibit Monoamine Oxidase types A & B [1]. Paeonol was found to inhibit MAO-A with an IC50 of 54.6 micromoles. It also was found to inhibit MAO-B with an IC50 of 42.5 micromoles. On the surface, this may appear useful although important pharmacokinetic questions must be made. Specifically, does oral supplementation of paeonol reach a plasma concentration necessary to actually inhibit MAO?

A look at the literature quickly answers this question. In 2007 a study was conducted to examine the pharmacokinetic parameters of oral paenol supplementation in humans [2]. They gave 160 mg of purified paeonal to 24 healthy individuals and found that the maximum average plasma concentration reached was 217 nanograms/mL. Converting this quantity to micromoles equals a peak plasma concentration of 0.0013 micromoles, or 33,000 times lower than the concentration necessary to inhibit 50% of MAO-B. This effectively eliminates its potential as a Monoamine Oxidase Inhibitor.